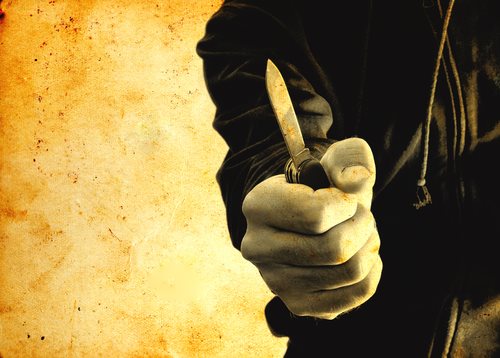 On November 9, 2012, the Department of Justice reported that 34 members of the Aryan Brotherhood of Texas (ABT) gang were indicted in Houston for federal racketeering charges.  Four of the defendants are suspected senior members of the gang, and five of the defendants are still considered fugitives.
Court documents indicate that the gang’s territory was split up into five regions, and each region was controlled by a “general.”  The superseding indictment charged the following generals: Terry Ross Blake, aka “Big Terry”; Larry Max Bryan, aka “Slick”; William David Maynard, aka “Baby Huey”; and Charles Lee Roberts, aka “Jive.”
The four “generals” were indicted on federal racketeering charges, and other members were charged with serious crimes like murder, attempted murder, kidnapping, assault, and conspiracy to distribute cocaine and methamphetamine.  Ten of the defendants can face the death penalty if convicted, and 24 defendants can receive life in prison for their crimes.
The ABT started in the Texas prison system during the early 1980s.  The gang adopted the philosophies of the California Aryan Brotherhood that was formed in the 1960s.
FBI Special Agent in Charge Stephen L. Morris stated: “This multi-year investigation and indictment clearly targets the worst-of-the-worst among the ABT.  This effort not only exemplifies the level of effort the FBI and our law enforcement partners will expand to prevent prison gang racism and criminal activity from poisoning our communities.  It sends a clear message that we will relentlessly pursue and prosecute the leaders and members of these criminal enterprises regardless of where they lay their heads.”
Members of the ABT were often forced to take “direct orders” from high-ranking members, and the members enforced their authority with murder, attempted murder, arson, assault, robbery, and threats.  The Justice Department reports that in order to join the ABT, a member must be sponsored by a current ABT member.  If the person is accepted, they are required to serve a term as a “prospect” until members make the person an official member.
Source: Federal Bureau of Investigation