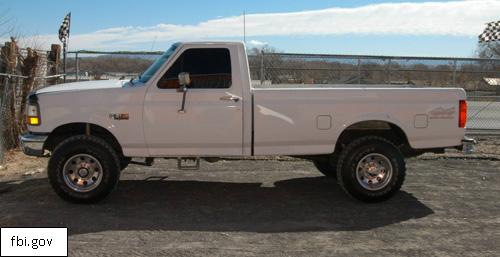 On November 30, 2012, the FBI announced it is offering $25,000 for information that leads to the arrests and conviction of the shooters.  The Army Corps of Engineers is offering $30,000.


The crime occurred on December 1, 2007.  Alfred J. Chavez, a U.S. Army Corps of Engineers park ranger, noticed a lock was tampered with at a pump house around Abiquiu Lake.  Two men left as Chavez investigated the pump house, and two shots were fired at Chavez.  One bullet went by his head, and the other bullet hit him above the knee.  He survived, but both of the men fled and have not been discovered.


The suspects are described below:


The shooter is a Caucasian or Hispanic male in his early to mid-20s.  He is about 5’6” tall and weighs about 140 pounds.  His hair was black, and he has an obvious tattoo on the side of his neck.


The other suspect is a Caucasian or Hispanic male in his late teens to early 20s.  He is about 5’8” and weighs about 200 pounds.  He had a mustache and short light brown hair at the time of the crime.  He has a colored tattoo on one or both forearms.


The suspects were seen leaving in a white, two-door 1990s model Ford F-250.  The truck’s windows were tinted, and each door has a single step.  The rims were chrome, and there was body damage to the tailgate on the passenger’s side.


If the public has any information about the suspects of the crime, they should call the Albuquerque FBI at 505-889-1300.  The call center is open 24 hours a day.